The Emotion I Thought “Grownups” Should Avoid

Home » Parenting » The Emotion I Thought “Grownups” Should Avoid

The Emotion I Thought “Grownups” Should Avoid

I’d regularly look up at my ex-boyfriend from across the room admiring his shoulders as we were doing chores. I wanted to run and jump into his arms, but it felt like too much and also felt silly and ridiculous when there was so much work to be done. And what if he didn’t catch me? Literally and figuratively. So I didn’t. Instead, I sat there and busied my hands doing his laundry for the 100th time hoping he’d notice my service and come to me. He didn’t.

I’m a thirty-something woman and squarely grownup. I delight in having my calendar arranged weeks ahead of time, I enjoy doing taxes and filling out forms, my Tupperware is organized, and I have a parenting syllabus (I know, I know, annoying … but there are things I don’t delight in, like cooking—the only thing that comes out of my kitchen is boxed mac & cheese, frozen pizza, and baked goods).

I’m a grown-up who usually chooses to play it reserved and calm. I thought that was the elegant way to be. Until Brené Brown cracked open my self-righteous grown-up shell.

“Joy is probably the most difficult emotion to really feel. Why? Because when we lose the ability or willingness to be vulnerable, joy becomes something we approach with deep foreboding,” she says.

She describes “foreboding joy” as waiting for the other shoe to drop. Almost as if joy comes with a price tag that can only be paid in tragedy. She uses the example of watching your child sleep, which is one of the greatest delights of parenthood (and probably the cause of third children everywhere). But what happens as our hearts feel like they might explode with love watching sweet faces nestled in pillows?  Our minds start racing with terrible scenarios (what will they post on 2025’s version of Instagram that will ruin their college chances, did they get a brain-eating amoeba while splashing in the puddle, is that missing Lego piece up their nose?).

“Scarcity and fear drive foreboding joy.  We’re afraid that the feeling of joy won’t last, or that there won’t be enough, or that the transition to disappointment (or whatever is in store for us next) will be too difficult.  We’ve learned that giving in to joy is, at best, setting ourselves up for disappointment and, at worst, inviting disaster,” says Brown.

Joy also seemed to me like a disruption sometimes—something frivolous, to be used sparingly and only if there was extra space.

But damn, I regret being overly serious, playing it cool, and putting a lid on my excitement and love.

Would my relationship have worked if I’d been vulnerable enough to show up with joy and play? I don’t know, maybe not.  I tried a couple of times. There was an overplanned silly string ambush involving him and 6 kids and two cars that went totally wrong (it was so fun in my head!) and left me with hurt feelings for a moment, but it makes me smile now. Had I not done it, I wouldn’t have any memory of the look of delightful anticipation on my kids’ faces (…and also probably wouldn’t have silly string shadows Alabama heat tattooed onto the hood of my car…so maybe I should rethink joy through silly string).

Our glue was me caretaking, listening and soothing his revolving crises. Just like joy (if we let it), a crisis can be an intense connector. Humans come together in disasters. I would cautiously suggest that we sometimes anticipate or look forward to disaster for the feelings of connection it brings.  I think I looked forward to his next crisis in order to have something to share and connect with him over. Hard to bring in joy on top of a base built on calamity.

Now I’m dating someone who dances in my kitchen and delights in life. It’s scary because joining in means shedding a layer of armor and risking looking ridiculous (I’m a trained ballet dancer, not a break it down in the kitchen dancer–Grande plies and Ariana Grande don’t mix). I hope soon I’ll be brave enough to believe it’s not actually possible to look ridiculous if you are experiencing joy.

It means when I’m looking to connect to someone to consider connecting through joy as much as connecting through complaining. It means really listening and sharing someone’s excitement as hard as I listen and share someone’s frustrations. It means not purposely egging on someone’s narrative of hardship because it makes me feel connected (and I hope makes them feel connected). It means when joy is there for the taking, TAKE IT. It’s not selfish like I used to think, it is considerate and loving.

When my oldest was two he used to run gleefully at me from his preschool classroom. He was so excited to see me after fours hours of being apart. He would look up at me with pure brightness and light in his eyes. I was ecstatic—so happy to see him, but it was so much happiness it felt inappropriate and impolite. I wondered what other people around would think if I lost myself in the moment of him. It was like being sun blind.  Too much. Too good. So instead of letting my joy show, I’d barely glance at him and continue talking to his teacher or another mom, only patting him on the head when he got to me.

Now he will hardly look at me when I see him after a long day. I go to hug him and he usually pulls away from me. Is it because he’s close to entering the tween years? Or is it because I conditioned him to respond like that because that’s the way I respond when I see people and how I used to respond when I saw him? I don’t know, but I do know I missed some amazing hugs and joy that were mine for the taking.

Yesterday I purposefully walked into daycare to see my daughter with an open face and excited heart. I opened the door and two of her classmates barreled at me at full speed, “Ms. Katie!!!!!!!!! What are you here for?” I told them I was there to give my littlest her lunchtime hug. Before I knew it they’d circled their little arms and their lit up faces around me. One said, “You have two hugs now!” and the other said, “And then it’ll be 3!!!!!!” And my heart and my face cracked open even more. I’d walked in ready to give one hug and received three times that and it didn’t cost anything except the smallest softening of my heart. 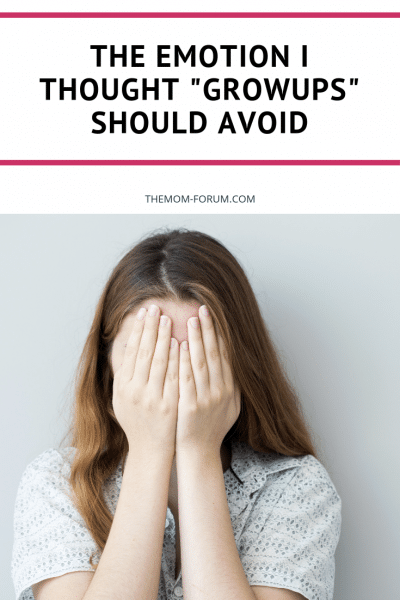 Katie Roach Dudley is a first generation Southerner and a mediocre aficionado of beer, bbq, cornhole, bad parenting, yoga and greenish living. She dreams of starting a commune with interiors by Darryl Carter, activities planned by Club Med and food by Momofuku. Until then, she’ll be doing public relations for the school she loves, reading self help books, and competitively eating chocolate chip cookies while squeezing her two beloved kids in a giant bear hug.\

This site uses Akismet to reduce spam. Learn how your comment data is processed.

Join our community of moms and receive a free print out of “Mom Mantras.”

Any cookies that may not be particularly necessary for the website to function and is used specifically to collect user personal data via analytics, ads, other embedded contents are termed as non-necessary cookies. It is mandatory to procure user consent prior to running these cookies on your website.